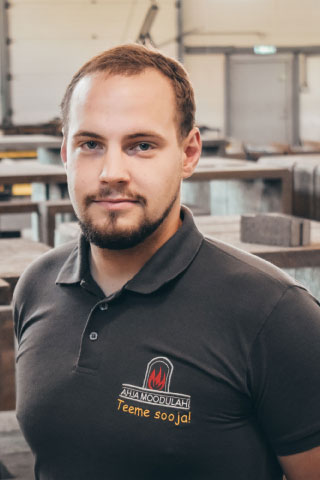 Let us get to know the treasure of Ahja Moodulahi, furnace master Keivo Kõiv. Outside of his work of installing modular furnaces, Keivo competes on a professional level in rallycross B6000 class. Interested in how did Keivo find his way to Ahja Moodulahi? What does he like most about his job as a furnace master? How does he spend his spare time? Continue reading below.

Keivo started working at Moodulahi as a furnace master in the autumn of 2017. It is worth mentioning that Keivo is a lucky man because he has great friends – Keivo found his way to Ahja Moodulahi through a friend. Keivo says that the aspect he enjoys most regarding his work are his colleagues who have grown so close that they have become friends with whom to keep contact on a daily basis. Keivo also brings out that his job as a furnace master is never routine, thus ensuring that each day is different – new challenges, new experiences!

A lack of routine is essential when it comes to Keivo because he has had a deep interest in machinery since childhood and has driven different vehicles. He got his first buggy at the beginning of basic school and he was 16 when he raced his first season. By now, Keivo has represented Estonia at several major championships and has earned podium spots in Latvia and Lithuania. However, none of this would have happened unless Keivo’s father had first taken him to see the races in Latvia and introduced him to the sport. Owing to his father, Keivo is now able to represent Estonia in rallycross under number 69!

Ahja Moodulahi is delighted to support Keivo in his endeavours and we hope that next seasons are even more successful!
Keivo, we wish you patience and the best of luck! 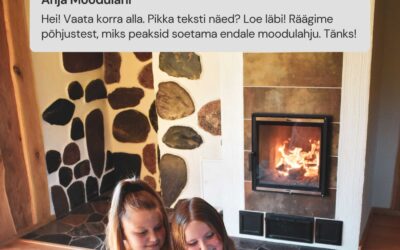 Why should You buy a modulating furnace? 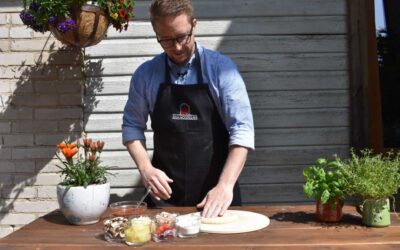 Ahja’s fresh from the oven pizza!

Ahja’s fresh from the oven pizza!When did you last prepare pizza in your furnace or stove? We did this quite recently... 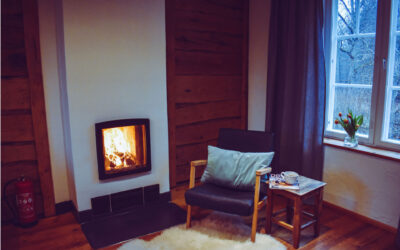 Furnace between two walls?But of course, because if it is possible to heat more than two rooms at the same time, it is...